OBSERVING THE PESACH, PURIM AND SHAVUOT WITH THE REST OF THE JEWS ALL OVER THE WORLD

The unique thing about the Jews is how they have been set apart by “the Almighty” to become His own people following the covenant made with our father Avraham. Long before the laws were given by Moshe, Hashem promised to make the children of Avraham a great nation and people if they continue to observe all as commanded by the Holy One of Israel. There are numerous blessings mentioned in the Torah as the inheritance of God’s children who remain on the path chosen by the Most High.

Among the laws given by the Almighty creator of the heavens and the earth- are the yearly Jewish festivals and other important ceremonies observed by Jews around the world. The commandments for most of these biblical feasts were given thousands of years ago. And as a perpetual covenant between Hashem and His people, it’ll be celebrated from generation to generations, and must be taught to the younger ones to carry on with the traditions.

The Nigerian Jews are certainly not left out, in celebrating and observing the Hebrew traditions and festivals in fulfillment to the words of Hashem. In this post, let me walk you through three important Jewish feasts celebrated in the course of the year in Tikvat Israel Synagogue Abuja.

The Feast Of Pesach

This is regarded as one of the most important festivals in the Jewish calendar, known by many as the feast of Passover. The Pesach is celebrated in remembrance of how Moshe freed the Israelite from slavery under the reign of the Egyptian Pharaohs, after hundreds of years of slavery. According to the Torah- after the people of Egypt were plagued with bloodied water, swarms of frogs and locusts, boils, darkness and the death of every firstborn son- Pharaoh eventually relented and allowed the enslaved Jews to leave Egypt.

The Pesach for this year started on Friday March 30th and observed accordingly for eight days. In the course of the celebration, all Jewish homes get rid of all traces of wheat and only permitted to eat only “matzah” which is commonly known as the unleavened bread. Traditionally, the Matzah is viewed as the bread of the poor, and is symbolically eaten to remind the Jews about the hardship faced by their ancestors during the exodus. 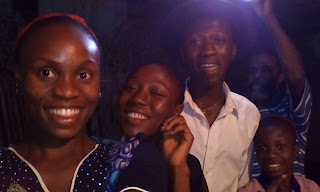 Service was held each day in Tikvat Israel Synagogue Abuja to mark the duration of the entire festival. Just like the previous Pesach, certainly it was a time of coming together to remember our roots of origin- how the Almighty father brought out our ancestors out of bondage, leading them through the wilderness, and up to the Promised Land. It was also a time for offering prayers and continue to seek the favor of Hashem to receive the blessings of success, progress, growth, greatness and abundant wealth for all Israel; as promised in the Torah.

Hanging Haman On The Day Of Purim

The feast of Purim comes before the Pesach, celebrated yearly on the 14th of Adar. Known as one of the jolliest festivals- the story dates back to the days of Queen Esther during the reign of king Ahasuerus in the early Persian Empire. Esther is remembered on this special day for her deeds which saved the entire Jews living at that time from extermination.

Which is why the person of Haman is publicly humiliated on the day of Purim- using a decorated statue hanging from the gallows. Esther who did found favor in the sight of the king saved her fellow Jews, while the wicked Haman was hanged instead. According to Chabad.org, the jolly festival of Purim commemorates the salvation of the Jewish people in ancient Persia from Haman’s plot “to destroy, kill and annihilate all the Jews, young and old, infants and women, in a single day,” as recorded in the Megillah (Book of Esther).

Here in Tikvat Israel Synagogue Abuja, the feast was celebrated in a colorful way. It was that time of the year when our faces were covered in masks and we make the loudest noise in the synagogue. The day after the eve of Purim was certainly the time to have fun flogging and abusing the funny statue of Haman as it hangs on the gallows. This show is purely one of the best moment every child fancies in this festival.

The Purim festival is also that time of the year we send gifts of two kinds of food to at least one person. Giving to the poor is also another common feature of this great feast. And apart from the symbolic meal eaten, wine and other intoxicating beverages are included to add to the merriment of the celebration.

Celebrating the Feast of Shavuot
Shavuot is otherwise known as the feast of weeks, which was celebrated seven weeks after the second Passover. The significance of the two day festival marks the giving of the Torah on Mount Sinai to the children of the Israelite. The eve of Shavuot is signified by the staying up all night studying the Torah and the reading of the Book of Ruth.

Historically, the celebration of the feast of Shavuot coincides with the giving of the five Books of the Torah by G-d to Moshe and to the Israelite at Mount Sinai, 49 days after the Exodus from Egypt. The feast is today celebrated with the eating of symbolic meal which includes dairy products.

Like the rest of the Jews across the globe, members of Tikvat Israel Synagogue Abuja observed the Shavuot which also signifies the period of harvesting wheat in the land of Israel. It was that time of the year to give the synagogue the much required beautification to celebrate Shavuot from sunset, May 19 to nightfall, May 21st.


Standing with the rest of the Nigerian Jews, we are committed to remain steadfast on this path and continue to propagate the Jewish Traditions as instructed in the Torah. Hashem made it clear that if we continue to abide and keep these laws and ordinances- that our path will continue to remain brighter with plenty of success and other spiritual benefits for keeping the Mitzvot.

We’ll indeed adhere to His instructions and push towards the growth of Judaism in Eastern Nigerian and beyond. Looking forward to the coming feasts of:

May Hashem keep us all Safe!